I have been working on a series of trees and their seeds, see Seed Play on my website for finished work. Currently I am working on the Eastern Hemlock that has wonderful seed pods that look like little roses. 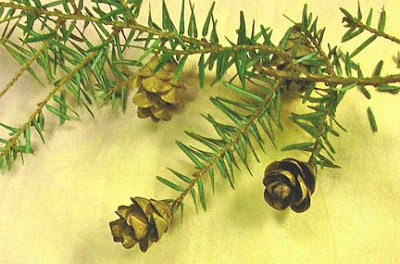 From the specimen, I made a series of sketches of the Eastern Hemlock to create a design. 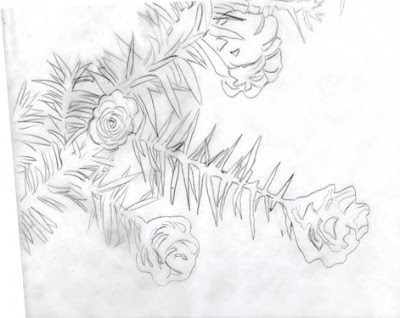 Once the small design is completed, I have it enlarged to full size at Kinko’s. Then I make freezer paper templates to use in inking on a design. Inking is underway for the needles. More cutting of templates will be done tomorrow. 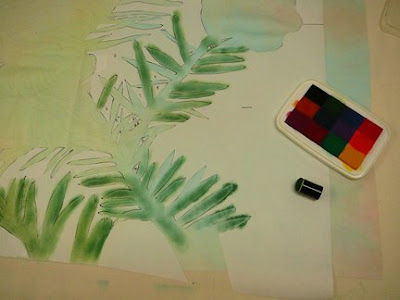 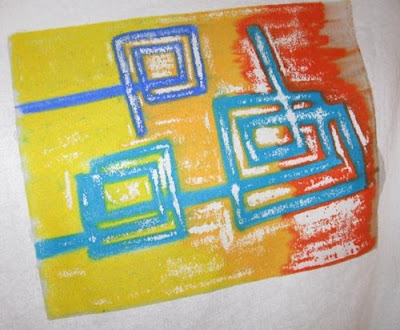 Here are some photos from Janet’s workshop on open mesh screen printing, held on Friday in her Charlotte studio. Janet taught me, Linda Stegall and P.J. Howard some of her screen printing techniques.

Here is a print on fabric by Janet: 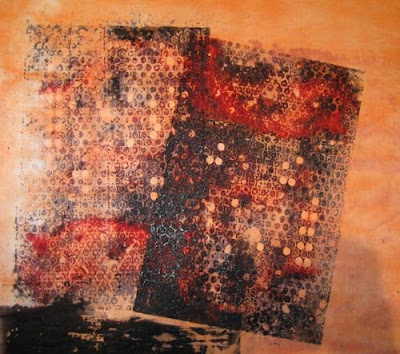 and a detail of the same print: 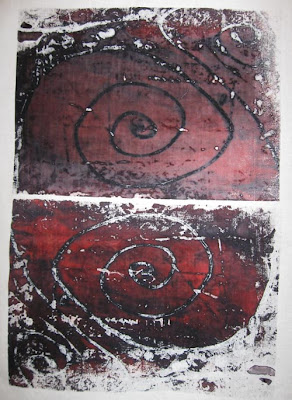 P.J. thought her design came out looking like birch bark … 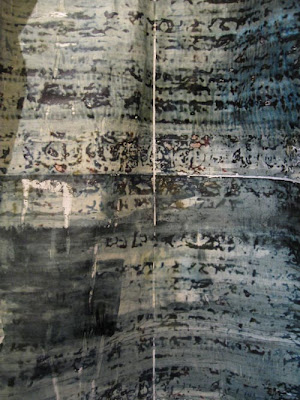 … or birch trees, when turned the other direction: 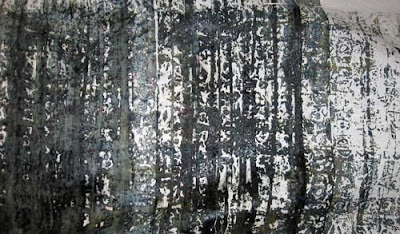 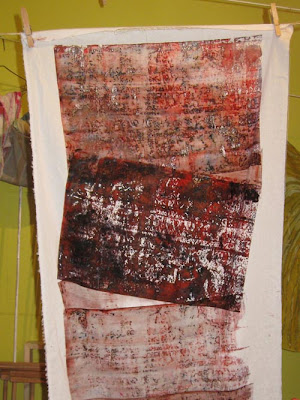 Janet had done a photo-emulsion screen of a paper cut, then used Caran D'Ache Neocolor Artists’ Crayons to fill in areas before printing: 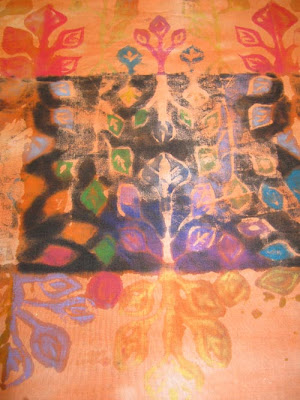 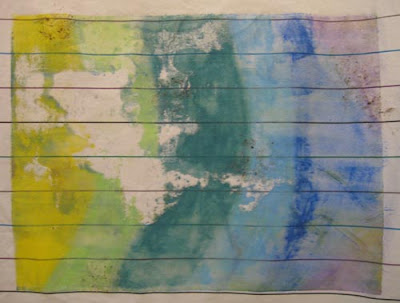 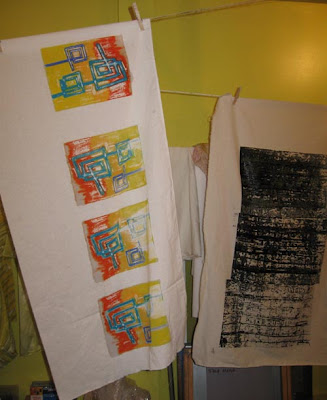 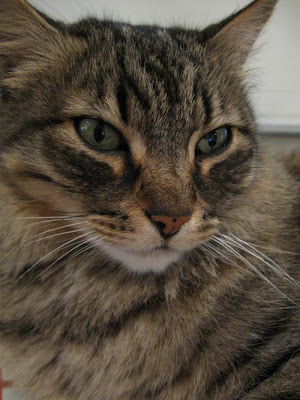 Janet had the BIG set of Caran D’Ache: 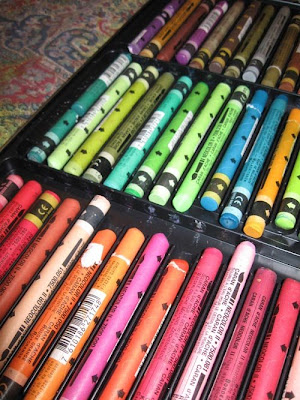