The Unexpected Rewards (and Awards!) of Internet Surfing.

I was off in cyberspace a while ago and came across a call for entries from the Imperial Centre for the Arts and Sciences in Rocky Mount (NC).

Rocky Mount lies between Raleigh and the North Carolina coast. It's a town rooted in tobacco and cotton...the hometown of musician Thelonius Monk and novelist Kaye Gibbons. If you're looking for a burger and fries, it has the oldest operating Hardee's fast food franchise.

But the arts? Not exactly - or so I thought.

Still, the description of "Handcrafted," a juried national show intrigued me.

The show celebrates traditional and non-traditional craft media and so I took a chance, sent in some images. I was delighted when "Out of the Mouths of Babes: Purple Lips" and "Under the Watchful Eye of Queen Charlotte" were juried in.

Husband Joal and I had the pleasure of attending the opening and seeing the Arts Centre firsthand. We were stunned by what we saw: 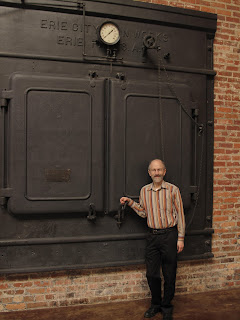 The huge iron doors of tobacco furnaces and the high-ceilinged exposed brick galleries are a perfect backdrop for the center's eclectic collection of sophisticated contemporary art and craft. 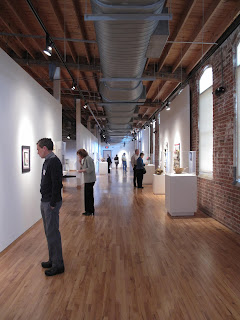 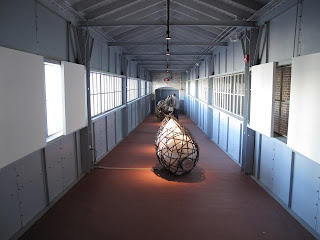 The show itself was a treat, with its mix of metal, ceramics, glass, and - of course - fiber. 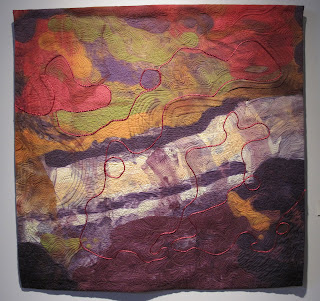 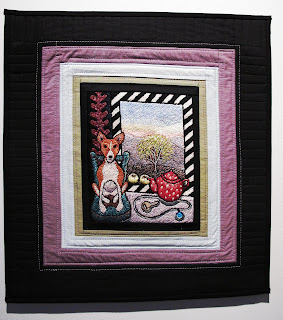 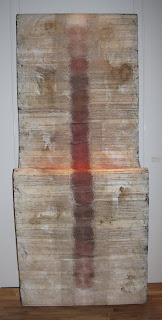 and a stunningly different piece, "Nasar," by Leslie Pearson (Leland, NC). This intriguing scroll (10 feet long?) was accompanied by a time-lapse video showing the scroll as it was being created. 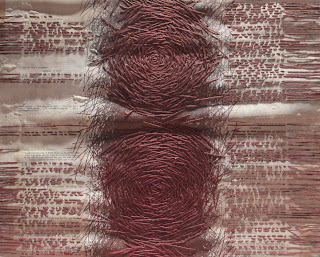 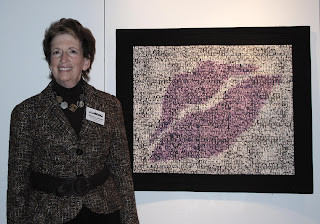 Of course, I was delighted to see my pieces hung in the gallery as well...

"Under the Watchful Eye of Queen Charlotte." 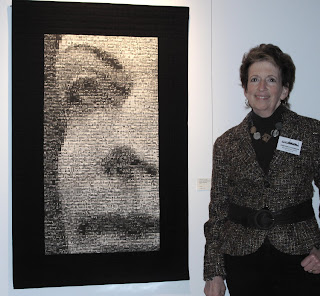 And if a lovely day at a wonderful opening wasn't enough, "Queen Charlotte" won 2nd place!

A very happy ending to be sure....